A Legend of Zelda Link cake?…I was a Mario girl, myself.  But I never pass up an opportunity to make a fun cake, especially one that features a video game character.

Making decorations in advance can be helpful, but sometimes make it difficult to get the sizing and proportions just right.  I made link before my cake was baked, sculpted, and covered.  He turned out okay, but is admittedly a bit big for his surroundings.

Animations and video games can be the best candidates for fondant due to their clean lines and solid coloring.  A simple foundation, like this stone base, allows for a clean “slate” for decorating.  If I were to do this bake again, I’d probably pipe the name and age on with royal icing instead of painstakingly carving each letter out of fondant.  Piping with royal icing allows you to get greater detail in a fraction of the time, and it will dry hard on the fondant within a couple hours.

Use edible marker to get the finer details, like his face and shield.  Edible marker was also used in the cracks of the fondant.  Any fondant decorations that need to hold their form, like Link’s shield and sword, should be made in advance and allowed to air dry. This will allow you to stand them up without sagging, make drawing on it much easier, as well as providing a solid form for brushing on some edible silver dust.

If I were to make this again, I would definitely make the cake portion much larger!  Also, at the time I was really into fondant, and while it does give a nice clean look, it’s not super tasty.  This cake would be a great candidate for just a simple grey buttercream, with the same dark “cracks” in the stone.  Look for ways to make your bakes as tasty as possible. 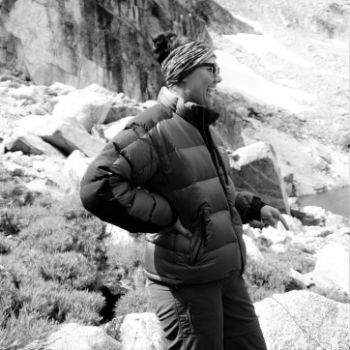